Today’s Google doodle honors Robert Doisneau a famed Parisian street photographer. Doisneau was born April 14, 1912 and passed on in 1994. He would have been 100 today.

In the 1930s Doisneau used a Leica Camera on the streets of Paris. Doisneau and his friend Henri Cartier-Bresson were early pioneers of mobile photography.

Doisneau is most renowned for his ‘Le baiser de l’hôtel de ville’ (Kiss by the hôtel de ville), a photo of an amorous couple in the streets of Paris crica 1950. 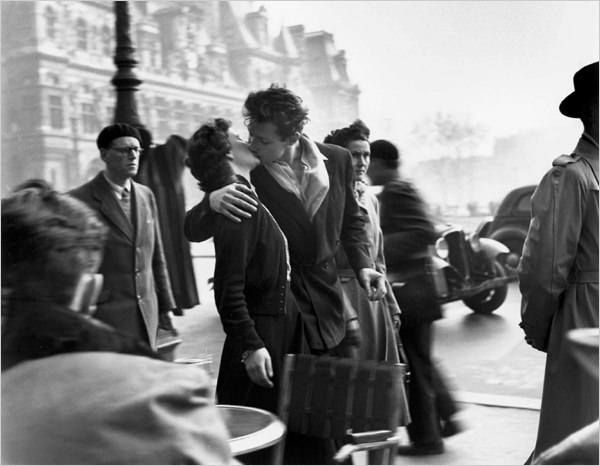 Many thousands of iPhone owners have taken up Doisneau’s passion for mobile photography. It is only a matter of time before a new generation iPhotographer captures a timeless iconic image such as “the Kiss.” Make sure you use ProCamera! 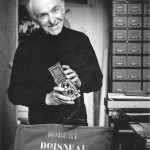 Doisneau’s most famous photo was not without controversy. Many years after the acclaimed Kiss, a couple, Jean and Denise Lavergne, stepped forward to pronounce themselves the lip-locked subjects. Doisneau took the couple to lunch, and not wanting to “shatter their dream,” he let them go on thinking they were indeed the young lovers. But lunch was not enough for the Lavergnes. They sued Doisneau for “taking their picture without their knowledge or consent” (under French law an individual owns the rights to their own likeness) and sought a share of Doisneau’s royalties. Doisneau then revealed the truth behind his photo. It was staged. The lovers were not the Lavergnes, but rather Françoise Delbart (20) and Jacques Carteaud (23), a couple whom he had seen kissing earlier that morning, but had not initially photographed. Doisneau approached them and asked if they would repeat le baiser. Doisneau won the court case against the Lavergnes.

In 1950 Françoise Delbart Bornet was given an original print of the photo, bearing Doisneau’s signature and stamp. In April 2005 she sold the print at auctionfor 155,000€ to an unidentified Swiss collector. Continue reading for more Doisneau photos…

In 2005 Françoise Bornet (née Delbart) shared a bit more about Doisneau’s photo; “He told us we were charming, and asked if we could kiss again for the camera. We didn’t mind. We were used to kissing. We were doing it all the time then, it was delicious. Monsieur Doisneau was adorable, very low key, very relaxed.” They posed at the Place de la Concorde, the Rue de Rivoli and finally the Hôtel de Ville. The photograph was published in the June 12, 1950, issue of Life.

Less than a year after the picture was taken, the couple broke up. Francoise married Alain Bornet, a documentary and promotional filmmaker. Jacques Carteaud became a winegrower in the South of France until his death, in 2004. 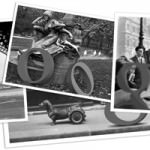