The ProCamera 3.8 update is now available on the App Store.

So what new?  First we’ve made it iPhone 5 compatible, using the extra space to add a shiny new display for the histogram and live readings.

Speaking of the histogram it’s been made much more accurate.  Now the number of red warning squares is proportional to the amount of highlight/shadow clipping.

We’ve also added in the new ISO Boost provided for the iPhone 5.  Unlike other apps we’ve decided to make the ISO Boost mode a standalone button, which gives you guys more control over the function.

You can see the improved Histogram, live readings and  ISO Boost button in the screen-capture below. 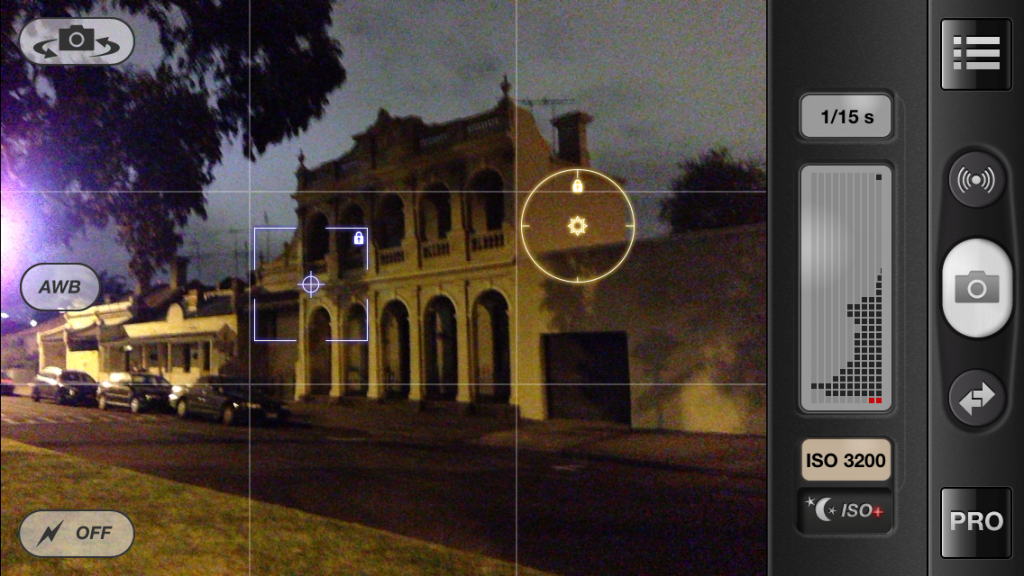 Here’s one comparison shot taken with and without the ISO Boost. I’ll be posting a more detailed analysis of the low-light functionality on the blog later in the week.

We’ve also listen to what a lot of you have been saying and have the ability to choose your level of JPEG compression (70-100) (iOS 6 only).  We’ve done our best to give you high quality JPEGs while still retaining the speed and responsiveness of the app. The function can be found under PRO>Settings>JPEG Compression (see below).

One important thing to note is that Volume Trigger has been removed on request from Apple.  We realise that this is an important feature for a number of shooters, especially for the street photographers. As such, it is something to take into consideration when updating to ProCamera 3.8.

We’d love to hear your thoughts on the new update in the comments below.

If you’re a new user or looking to update you can download the new ProCamera 3.8 here.