Creating an animated video from still photos can be fun, creative and the end result can tell a poignant story. In the photo animation below, the story — From Love to Bingo (created by BBDO), is told using 873 different Getty stock images. The video clip flashes 15 images per second and takes the expression “life flashed before my eyes” quite literally.

Patient research work involving more than 5 thousand photographs resulted in a 1 minute film that AlmapBBDO created to advertise Getty Images, the world leading image database for creating and distributing visual contents. The film is surprising when showing 873 images in 15 images per second, sufficient speed to transform the series into a video that, without any text, tells a beautiful story. All photos, without any exceptions, are from the Getty Images archives.

Copywriter Sophie Schoenburg and art director Marcus Kotlhar worked 6 months researching images, improving the script and building each scene so they would not only be understood, but would also touch viewers. Sometimes, for example, a scene would look perfect on paper, but the images chosen to depict it were not sufficient or did not perfectly match up to offer the right movement and sense. And hence the research had to be restarted. The film was directed by Cisma, via Paranoid BR, along with Marcos Kotlhar, the art director at the agency.

For this creation team, the purpose was to adhere to the concept that Getty Images has so many images that anybody is capable of telling any story they want by only using their archives. In the film “Do amor ao Bingo em 873 imagens” [From love to Bingo in 873 images], a storyteller in the corner of the screen describes the images used. The Getty Images logo appears at the end of the story, but the storyteller continues to turn until reaching the exact number of images in the Getty Images archive. 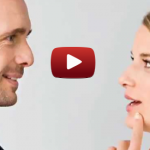