25% of all photos and videos now taken via smartphones

It’s no surprise to ProCamera, but it is still rather stunning to read (NPD study) that more than one-quarter (25%+) of all photos and videos are now taken using smartphone cameras. It’s also no surprise that > iPhone is leading the way 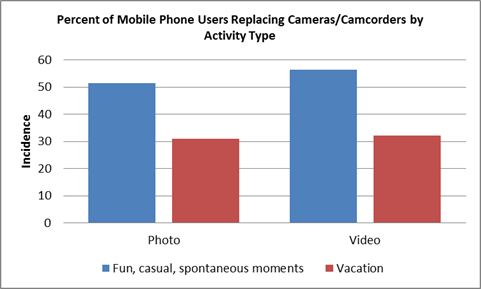 Smartphones are becoming the go-to device for many consumers who want to take photos and videos on the fly. According to leading market research company The NPD Group’s new Imaging Confluence Study, the share of U.S. consumers taking photos and videos on their smartphones has grown, while the camera and traditional camcorders share has declined. The percent of photos taken with a smartphone (Apple iPhone or any other smartphone) went from 17 last year to 27 this year while the share of photos taken on any camera dropped from 52 percent to 44 percent.