The evolution and popularity of iPhoneography

The ascension of iPhone is reflected by many metrics … now add one more … Flickr.com.

people say it with pictures! The last four (4) generations of iPhone now dominate Flicker and other social media photography platforms. iPhone has captured four of the top five (4 of 5) cameraphone spots on Fickr.* Of note is the fact that Apple’s newly launched (Oct 2011) iPhone 4S has quickly shot up to become the second (2nd) most popular Cameraphone on Flickr. And the iPhone 4S’s predecessor, iPhone 4, is the most popular camera on Flickr … not just cameraphone, but any type of camera.*

“The best camera is the one that’s with you.” While some camera purists bemoan the picture quality of photos captured on mobile handsets, with each iteration of iPhone (Gen-one, 3G, 3GS, 4, 4S), the camera, and hence “picture quality,” gets better. iPhone 4S with its 8 megapixel (MP) camera and enhanced optics, only promises to further boost the popularity of iPhotos and iVideos. Now add in the ability for virtually anyone to use camera apps (e.g. ProCamera 3.3) to shoot better photos/videos and then easily edit and improve their work, and the popularity of iPhoneography will almost certainly accelerate. 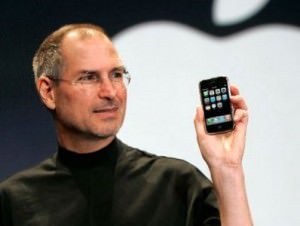 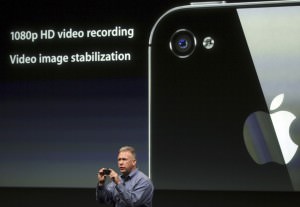 *Reflects the camera brand and model type used to take photos that are uploaded to Flicker.