The world’s most versatile iPhone camera app—ProCamera, is announcing a temporary yet substantial price drop. Starting from 3pm on Saturday (December 3, PST) to 3pm on Tuesday (December 6, PST), the award-winning ProCamera app will be priced at $0.99.

This price drop ($2.99 to just $0.99) is our way of showing gratitude to ProCamera’s global fans and the over one (1) million users who have downloaded one or more of the apps developed by Daemgen.net, the team behind ProCamera. Thank you to ProCamera users who have supported ProCamera, provided invaluable feedback and helped to shape our product roadmap. We appreciate that so many amateur and professional iPhoneographers have embraced ProCamera. 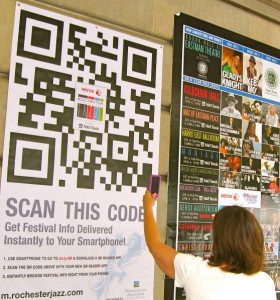 This temporary price drop is also our way of boosting awareness of ProCamera during the upcoming Christmas ProCamera update. In a matter of a few short weeks, ProCamera will launch a major product update – version 3.5. The new ProCamera features will be kept under wraps for now … but we will offer one “tease.” Version 3.5 will introduce Codescanner.

Codescanner allows you to scan bar-codes, QR-codes and DataMatrix codes. This new ProCamera feature/function has the ability to retrieve detailed product or service information simply by scanning the QR-code or DataMatrix code via your iPhone. Why pay more for a separate code-scanning app when ProCamera’s Codescanner can do the job? 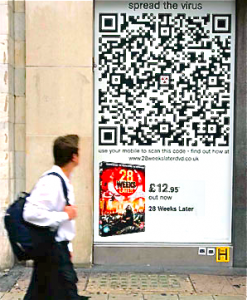 If you haven’t yet scanned a code … just wait, you will eventually find a reason (a need). Scanning a QR code will open a URL (website) on your smartphone and may allow you to execute different actions, such as:

According to comScore Inc., more than 14 million Americans scanned QR and bar codes in the month of June, representing 6.2% of the total mobile audience. The global market for code scanning is of course much larger!

Codescanner is but one of the several new features/functions in ProCamera’s forthcoming 3.5 update. Anyone who buys ProCamera now of course gets these updates free!

As the first and best camera app, ProCamera has received many accolades. New York Times’ David Pogue said, “the high-end crowd swears by it”. Gizmodo named ProCamera the Best iOS Photo App of 2010. And VentureBeat just selected the creator of ProCamera – Jens Daemgen as the “King of Code Finalist”.

ProCamera now is a well-balanced 5-in-1 app with a still camera, a video camera, a suite of photo editing tools, social networking support, and camera related utilities. Essential and highly recommended features include: 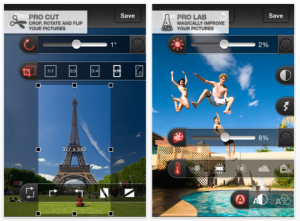 The team behind ProCamera is setting up full support for users:

As you advance your iPhotography skills, you will surely need a more professional camera app like ProCamera. Don’t miss this chance to get it for $0.99, and then look forward to Christmas surprises! ProCamera users can easily and quickly upgrade to version 3.5, when it’s officially launched, at no cost (free).