Welcome to ProCamera 7 for iPhone. A whole new shooting and editing experience for iOS7 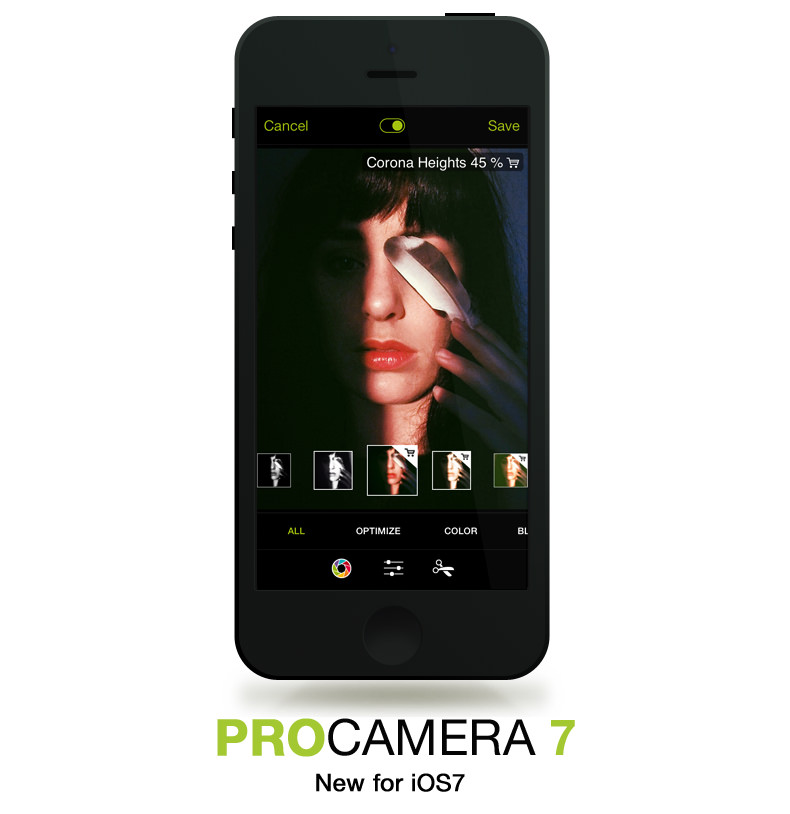 Welcome to a new era of mobile photography. Welcome to ProCamera 7.

After many months of research and development we’re super excited to announce the brand new ProCamera 7 – purpose built for iOS7! The app is based on five years of feedback received from our dedicated users.

Before we get to the features, we’d like to share why we’ve chosen to release a new paid app rather than an update.  This was not an easy decision.  Since we entered the AppStore in early 2009, there have been over 30 free updates to ProCamera – taking it from a simple photo app to a powerful photo and video solution.  When we started developing for iOS7 we realized that we had an opportunity to reimagine what we could do with the app.  In order to get the most out of iOS7 we decided to create a whole new app that only worked on the iOS.  This way we could focus on implementing cutting edge technologies for existing and new users. Releasing a new app also allows us to recoup a small part of development costs.  We understand that our existing users should not have to pay the same $4.99 again.  That’s why we’ve reduced the price to only $0.99 for launch.  We think that it’s worth the extra dollar and hope you do to.

There is good news for those of you that can’t or won’t yet update to iOS7.  ProCamera 4.2.2 has also been updated and works smoothly on the new OS.  This way you can come over to ProCamera 7 when you’re ready.

Ok, on to the good stuff.  Our core philosophy for the redevelopment was about making it faster and easier to take great photos and videos.  To achieve this, we completely reworked the user interface, applying flat design principles to limit distractions.  Importantly, we kept the main functions in the same place (including the Exposure and Focus points, two shutter buttons and Control Panel).  This way long-term users can pick up the app and shoot in exactly the same way as before.

To help users we’ve improved and refined the Control Panel.  Now you can access more core functions in a single tap. 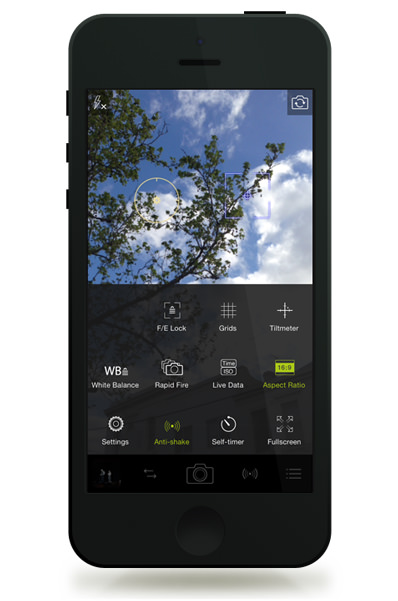 1. Inspired by iOS 7, the new capture formats (including Square and 16:9 Widescreen) maximize screen space for accurate composition and framing. New 3:1 and Golden Mean formats have also been added.

3. The 3D Tiltmeter replaces the Compass and adds a third axis for levelling off your photos.  Perfect for getting your design and foodie shots perfectly straight. 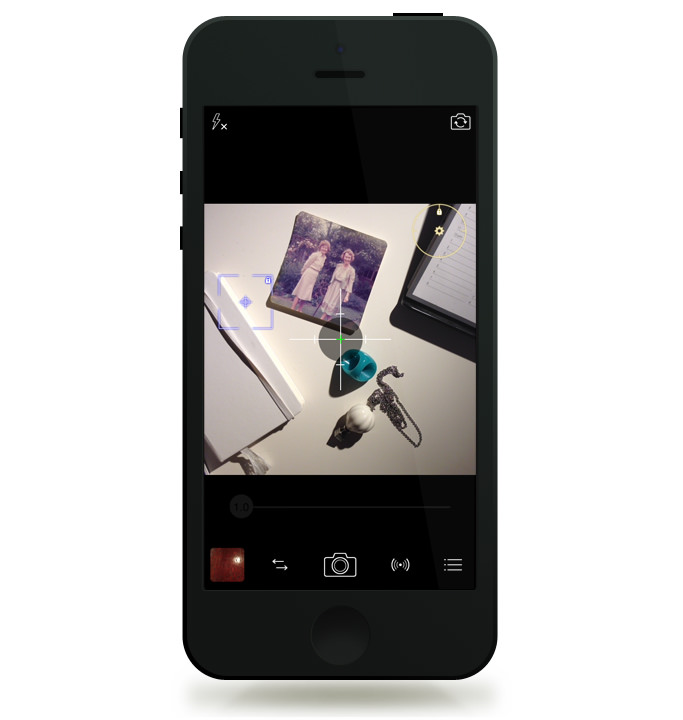 4. The Rapid Fire function is moved upfront.  This way you can quickly switch the main shutter between single and burst mode.  The app now captures photos faster on both the iPhone 4s (up to 2 shots a second) and 5 (up to a DSLR level 8 shots a second).  Hold the Rapid Fire trigger down to see the shots tick over in the Lightbox Preview counter.

5. Sometimes all you want to do is focus on the image. The new Fullscreen mode turns off the bells and whistles and lets you get to work.  You can see below how beautifully simple the 16:9 widescreen format looks combined with the Fullscreen mode. 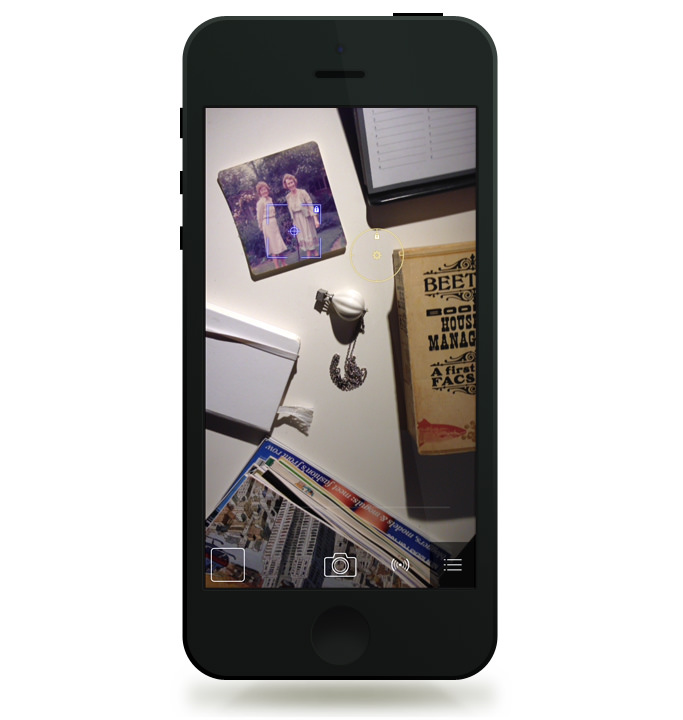 6. The White Balance function has also reworked.  Allowing you to toggle the entire button on and off the main screen.

Advanced users may have noticed the gap in the Control Panel.  This will shortly be filled with the Histogram – which has taken just a little longer than expected to get ready.

The next exciting feature sits under the Camera Mode Switch (left of the Main Shutter).  Pressing the switch reveals the video and all new Night Camera mode, which builds on the two-step slow shutter controls on ProCamera Classic. 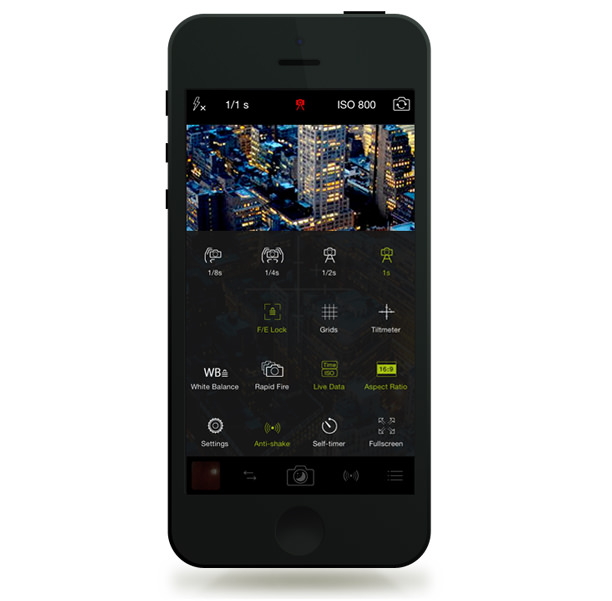 Now you can take even more control over your shutter speed, with the app letting you select between 1/8, 1/4, 1/2, and 1 second as the lowest exposure limit.  We can’t wait to see the beautiful night shots that will be taken with the Night Camera.

The video mode has also had a tune up, with a new higher frame rate options found in the Control Panel (60fps on iPhone 5 and higher on the 5s).  The video mode also has a new top bar indicator that shows how much storage space is remaining, helping to limit crashes during recording.

Now for the fun stuff! You’ll notice that ProCamera 7 now has a Lightbox Preview on the Capture Screen.  This replaces the PRO button with the Advanced Settings sliding over tp the Control Panel (they are also accessible by swiping left to right from outside the screen).  Clicking on the Lightbox Preview opens into our completely remade ProCamera editing suite.  The new editing tools are ridiculously easy to use, allowing quick, seamless switching between the filters, image adjustment tools and crop functions.  We’re proud of these new features and hope they help open up creative opportunities for our users.

The first thing you’ll see when you open the editing suite are the new ProCamera Filters.  We’ve developed over 50 free filters designed with professional photographers in mind including completely new color, black and white and cross process effects. Filter strength can be controlled with a simple up/down swipe on the screen – that’s right, no more fiddly sliders. 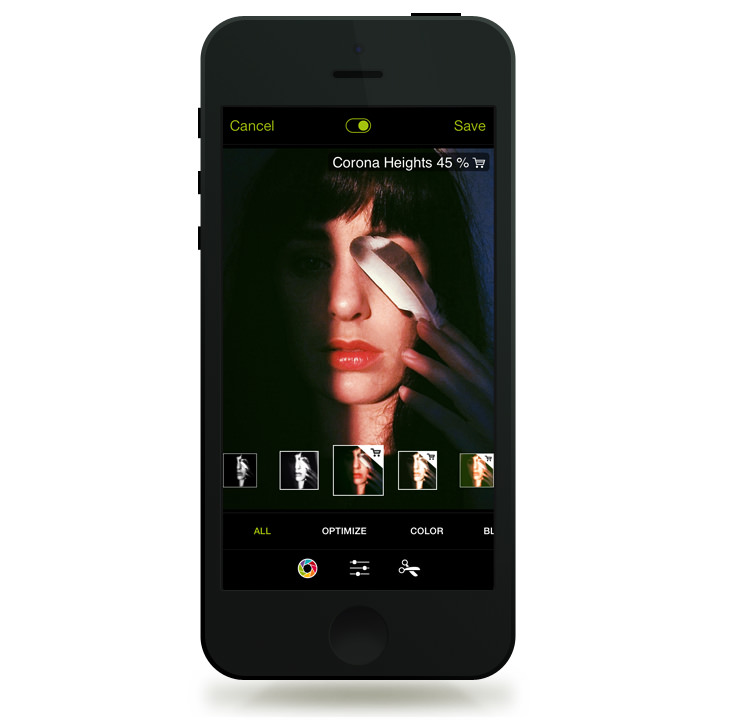 To complement the free filters, our ProCamera guru Jens Daemgen has developed 14 filters inspired by his visits to San Francisco. The filters evoke the colors of different districts and landmarks of the city.   In addition, Misho Baranovic, our Chief Blog Editor and resident photographer, has joined Jens to create the Street Pack. Which includes 14 black and white filters inspired by the films used by the masters of street photography.

NEW SHARPEN, VIGNETTE AND BOOST TOOLS
Similar to the filters, the ProLab tool intensity is controlled with an up and down swipe on the screen.  The new Vignette, Boost and Sharpen tools add even more control to the already advanced collection (including Exposure, Contrast, Saturation and Color Temperature).

Yep, we haven’t used it yet – but we’ve got Airdrop!  You can also batch upload and backup your photos to Dropbox. 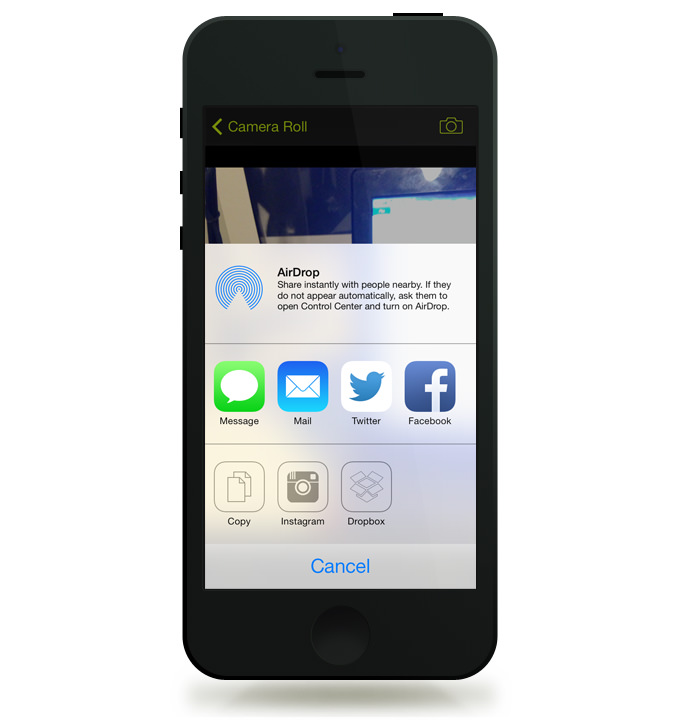 This really is only the tip of the iceberg!  Nearly all the other features that you know and love are still there and working the same way (QR code, Histogram and Autosave will all return soon!)

We’d love to know what you think about ProCamera 7.  Please let us know at [email protected] or leave your comments below.

The brand new ProCamera 7 is available on the AppStore for only $0.99 (hurry as this is the launch price).