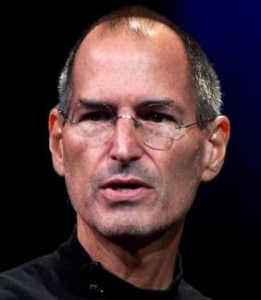 “He [Steve Jobs] had three things that he wanted to reinvent: the television, textbooks and photography.” ~ Walter Isaacson

And it should be no surprise that Steve Jobs’ vision is quite evidently unfolding:

Yet Steve Jobs may have envisioned more in #3 (“iPhotography”) than iPhone 4S’ new camera. In the final months of his life, Steve Jobs sought out Ren Ng, CEO and founder of Lytro. In the upcoming book “Inside Apple,” author Adam Lashinsky, describes a Jobs/Ng meeting:

The company’s [Lytro’s] CEO, Ren Ng, a brilliant computer scientist with a PhD from Stanford, immediately called [back] Jobs, who picked up the phone and quickly said, “if you’re free this afternoon maybe we would could get together.” Ng, who is thirty-two, hurried to Palo Alto, showed Jobs a demo of Lytro’s technology, and discussed cameras and product design with him.”

Jobs, known for being brutally honest, was apparently impressed, as he requested an outline of ways/means Lytro might work with Apple; “At Jobs’s request, [Ng] agreed to send him [Jobs] an email outlining three [3] things he’d like Lytro to do with Apple.” 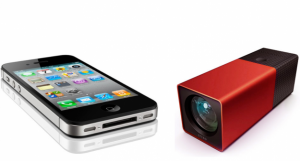 Lytro’s optics technology “thinks differently” by generating so-called “living photographs” that users can focus after the fact. Incorporating Lytro’s optics into a future iPhone might be quite a challenge. Apple iPhone’s casing has virtually “none space” for the Lytro sensor with its 5-lens optics system. “Impossible,” however, was not a notion that Jobs accepted without a fight. The famous RDF (reality distortion field a.k.a. “make it so”) often led Apple to engineer the “impossible” into an iProduct reality.

It should also be noted, that over the years, Steve Jobs has met with hundreds of potential technology partners, and many great ideas/partnerships were shelved or took years in gestation before they were eventually integrated into an Apple product or service. In other words, don’t hold your breath waiting for the iPhone or iPad with Lyros’ optics.