There’s a storm coming in

Editor’s Note: Have an iPhoto story you want to share? Please send your pics and story to: [email protected] All we ask is that your photo be made/edited using ProCamera.

Chalk this one up to “lesson learned” and pay attention to your ProCamera iPhotos! They might just be telling you something, yep! 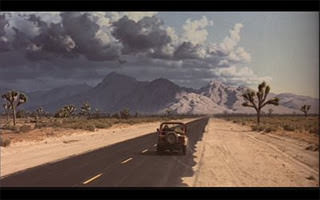 “There’s a storm is coming in” – Terminator 1

I recently moved to the Tahoe Keys in South Lake Tahoe, CA, and yesterday I happened to look out my window at a particularly colorful late afternoon sky. Having now upgraded to ProCamera 3.3, I thought I’d head out on my decks and capture a few iPhone 3GS shots. With Anti-Shake and Full Res Zoom on, I began to snap away at the cloud-filled horizon. By the time I finished my ProCamera edits (ProLab, ProCut & Pro FX), darkness had set in. There was a chill in the air and a steady breeze was begining to whip across the Lake. But I never bothered to check the weather report … my first mistake. My newly taken iPhotos would have told any amateur meteorologist “there’s a storm comin’ in” ~ last line from Terminator #1.

I settled in for the evening and eventually was off to beddie-bye… Soon I was dreaming of the fame and fortune that my iPhotography career would bring not (Hey, we can dream can’t we?). My peaceful slumber was interrupted around 2 a.m. by a shaking house. An earthquake? No, this was a steady rumbling accompanied by howling winds. Yep, this was a full-flegged Tahoe storm. First big one of the season. I tossed-n-turned and soon my thoughts focused on a rather vital task that I had failed to complete… removing my patio furniture from the roof-top deck. But at least I had covered everything with a sturdy tarp. Hmmm? A tarp in the winds?! Gulp! Maybe not such a good idea. The gusts continued to whip and the house continued to shake. My attempts to slip back into slumber were futile. Intermittent roars of wind and mysterious banging noises only raised my anxiety. My semi-slumber was turing to insomnia. Then a freight-train roaring wind shook me out of bed. That was it. I knew I was in trouble! I jumped up and quickly donned my ski clothing + gloves and cap and made my way to the great frozen outdoors. On to my deck and up the stair-case to the roof-deck. My worst fears were realized. The tarp had ripped away from its moorings and towed my furniture to the railing’s edge. Cushions had blow away in the wind but by sheer luck, none of my furniture had blown off the deck… yet. For the next 20 minutes I stumbled my way around the wind-frozen deck. I somehow managed to cut away the tarp (now a full sail) and corral most of my scattered furnishings (cushion hunt tomorrow). I was most grateful that I was wearing full ski-gear or I would have become a frozen Abominable Snowman. I eventually fumbled my way back indoors and allowed myself a sigh of relief. Never again! What’s that old saw? “An ounce of prevention is worth a pound of cure!” Much better to have taken down that furniture on a warm calm day versus at 4:30 a.m. in the midst of a freezing windstorm. Dumb! Now back to bed and dreams of iPhotography fame and other self-delusions.

Here are two of my “there’s a storm coming in… dummy” iPhotos taken yesterday with iPhone 3GS. Used ProCamera’s ProLab to boost brightness 15% and enhance the colors. Then used ProCamera’s ProFx to add the Lush effect. ~ Tahoe Dan 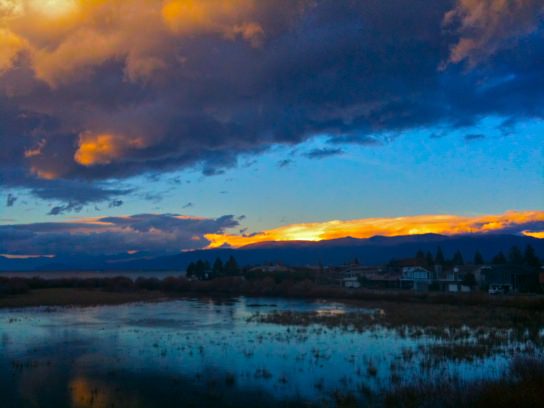