Apple ready to do battle with Kodak over digital patents 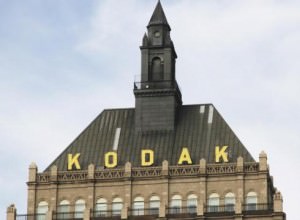 As reported several days ago, the venerable Eastman Kodak has been in a downward financial spiral. Bankruptcy papers were formally filed yesterday. In a quest to raise much needed cash, Kodak has been seeking buyers for their digital patents. Analysts have valued their patent portfolio from $900 million to as much as $3 billion.

Today we learned that Apple is contesting Kodak’s rights to several important digital patents. Apple has submitted a filing (PDF) with with the US Bankruptcy Court in the Southern District of New York, outlining their case. AppleInsider contributor, Daniel Eran Dilger, has more on the story:

In the filing, Apple notes that the dispute involves “pioneering work on digital camera and imaging technology and related hardware, software, and user and communication interfaces” dating back to the early 1990s, when Apple partnered with Kodak “to explore how the two companies could work together on various projects including commercialization of Apple’s digital cameras.” 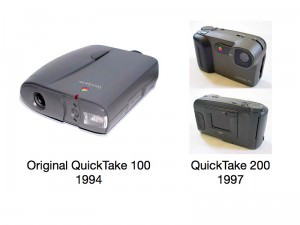 In the filing, Apple describes their cooperation and partnership with Kodak in the development of the frist consumer digital camera– QuickTake 100, a 100 All-TIME gadget.

The battle over digital photography patent rights has been brewing for several years, culminating in a lawsuit (Apple v Kodak) filed in 2010. In the litigation, Apple noted that Kodak has reached licensing agreements, covering a key digital photography patent (218), with Sony, Matusushita, JVC, Samsung and LG, and has gone to court seeking royalties from RIM, HTC, and Fujifilm. According to Apple’s filing, Kodak has received in excess of $3 billion in licensing revenue from patent 218.