Five tips for beautiful snow photos with your iPhone 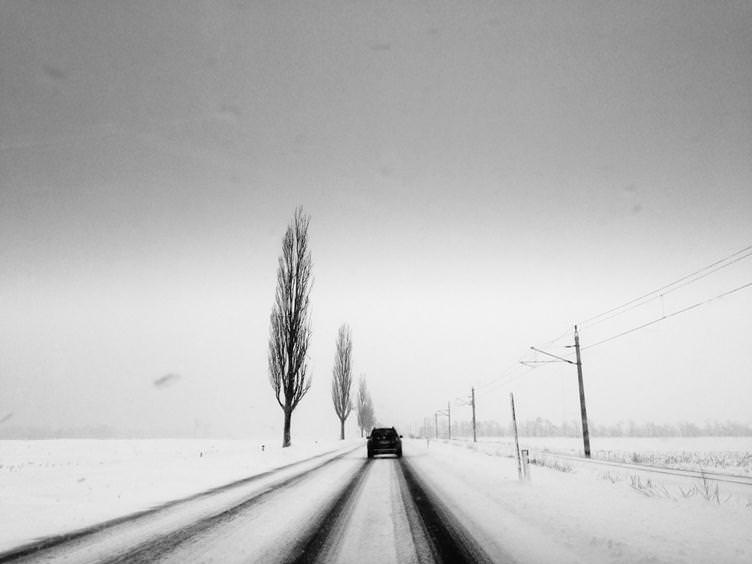 Yes, it’s almost April but most of Europe remains within a deep winter slumber. There has been a lot of snow over the past week around England, with plenty falling here in Derby, UK. As I usually live in Australia (where there is very little snow), I’ve jumped at the chance to get out there and capture this new found winter wonderland.

Shooting in snow can be a little tricky as the iPhone camera can struggle to get an accurate exposure because of the overall brightness of the scene. Here are a few tips that help me when shooting in the snow:

1. Take control of your exposure

I can’t stress how useful the separate exposure/focus control is on ProCamera. By moving the yellow circle around the frame I can choose how I want the scene to look. In the photo below, I’ve placed the exposure circle on the edge of the snow and ground under the branches. The slightly darker ground helps to boost the light levels in the scene without overexposing the highlights.

You can see in the histogram to the right of the frame that the highlights are just holding. If I’d moved the exposure circle further into the branches it would result in the snow and sky becoming overexposed. 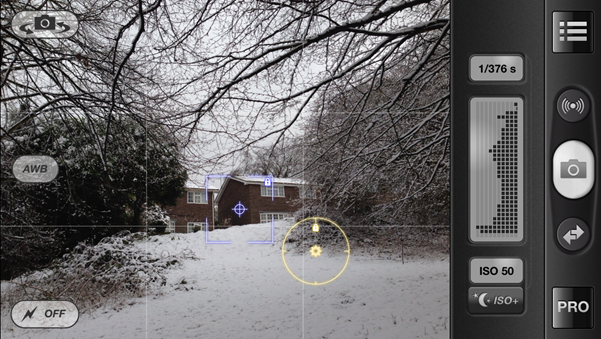 A sense of depth can help break up the general whiteness of the scene. Search for layers or leading lines to create a point of reference while drawing the eye through the frame. The photo below uses sled tracks to cut through the trees (and frame). 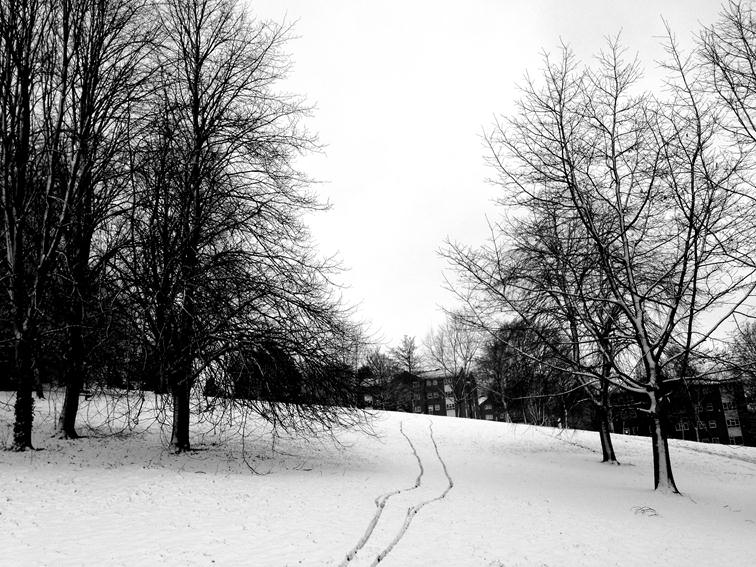 3. Black and white is your friend

I often find that black and white processing helps bring out the starkness of a snow filled scene. Colour, unless it’s used with clear intent, can often distract or become lost within the vastness of the white snow. I like to experiment with my black and white edits. Simple scenes often work well with strong blacks while more intricate, detailed scenes don’t need as much contrast.

You can see how I use ProCamera’s curves tool for my black and white adjustments in this and this tutorial. 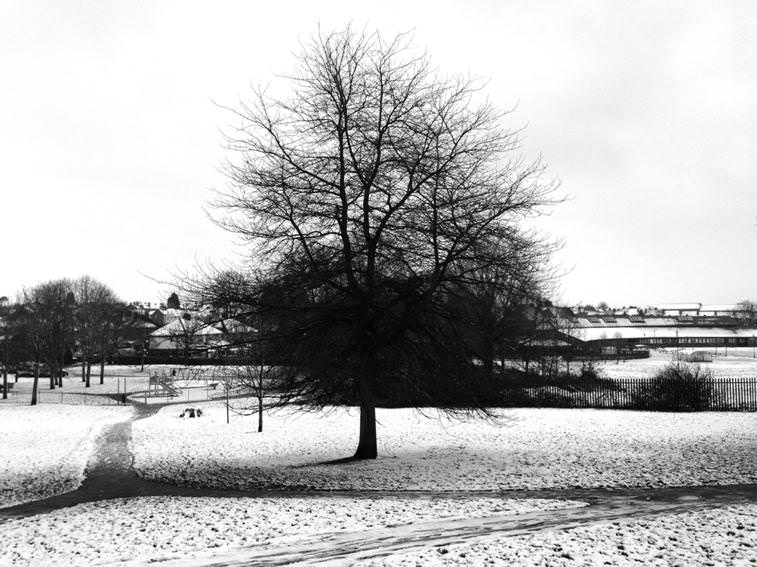 Here the high contrast adds a graphic feel to the tree branches, paths and footprint patterns. 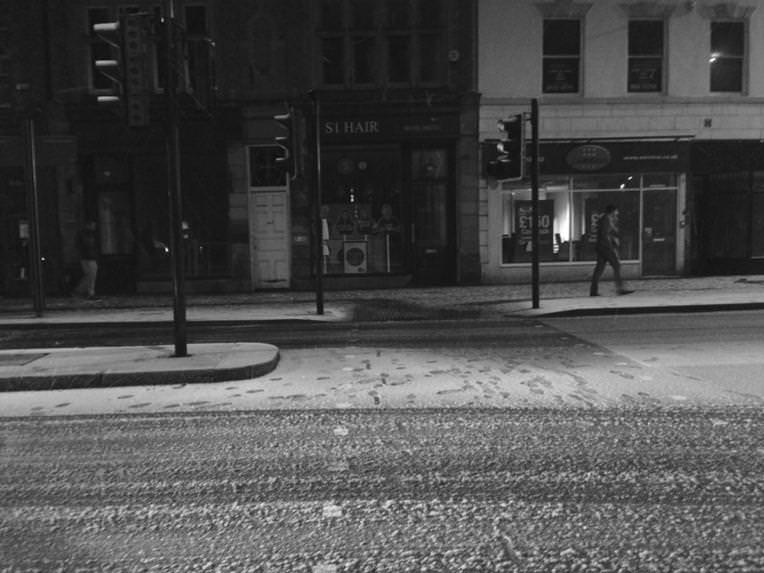 If you do find a nice colour scene then I suggest adding contrast to make it pop. I’m usually very light handed with my image adjustments; however, overcast snow scenes often look better with strong contrast adjustments. You can use the ProCamera ProLab to increase the contrast in the scene as shown below. 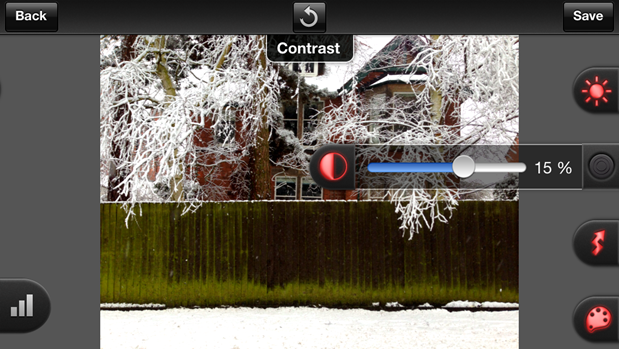 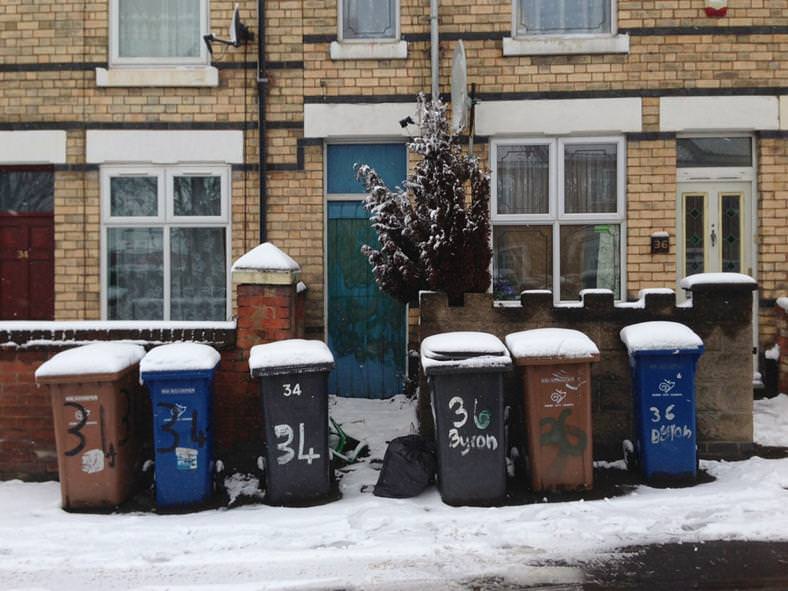 It may not be the prettiest scene, but you can see how the colors of the bins stand out in the frame.

Adding people into a snow scene helps provide a reference point and visual context. As you can see below, the small figures help you understand the size of the trees and valley below. 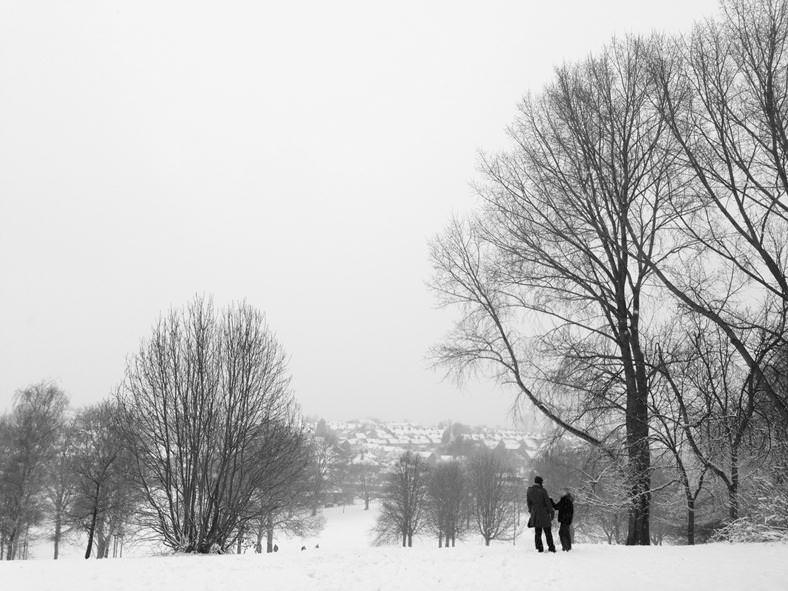