We resisted as long as we could … but no more. Time to join iPhone 5 rumor parade. It is likely that a new model iPhone 5 (or whatever the ‘next gen’ iPhone will be called) will be released around October 2012, and curious minds want to know what to expect … inside and out. 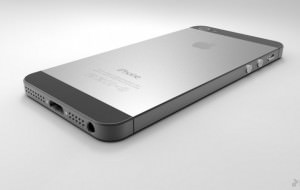 Q: Who really knows the full design/specs of the new model?! A: Only a very small community of Apple employees and partners. Everyone else is just guessing or sleuthing. Hence, anything we post here about the forthcoming iPhone is speculation, and not confirmed, despite hundreds of convincing reports that include ‘actual’ (*ahem* so they say) iPhone 5 casing photos, specs, diagrams, etc. Even if the aforementioned exhibits prove to be ‘Apple’ creations, we know from experience that Apple prototypes can be kept under wraps for years, or never go into production. Recall in early 2009 the proliferation of ‘iPhone Mini‘ rumors. Several Chinese case manufacturers published ‘proof’ (photos, diagrams & specs) that a so called iPhone Mini would soon be launched. This buzz led to the creation of Shanzhai (pirated ‘knock offs’) iPhone Minis which soon showed up in street markets and electronics stores across Asia. It has been 3 years and we have yet to see a real ‘Apple’ iPhone Mini come off Foxconn’s assembly lines … and don’t hold your breath!

Despite the aforementioned caveat to be ‘weary of Apple product rumors,’ here is our own contribution, with special focus on the camera. If these iPhone 5 rumors are repeated often enough, they become truth … right? 😉

According to the echo chamber of rumors surrounding the new iPhone:

Now we come to some juicy buzz (again, just rumors) about the camera technology packed into the new iPhone. According to a report via AppleInsider (sourcing KGI analyst Mingchi Kuo), the next gen iPhone could include:

There are many other iPhone 5 rumors floating out there, including suggestions that the new model will support LTE 4G and even TD-SCDMA 3G (for China Mobile), but we will leave that rumor roundup for another day.