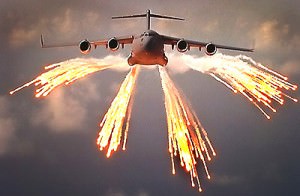 As many action-adventure films buffs know, when a missile is fired, the attack can sometimes be foiled by launching counter-measures. Well, just like the movies, digital photography is experiencing a new wave of attacks and corresponding counter maneuvers. The attacks are perpetrated by a new breed of “perv-a-razzis” (perverts with cameras) armed with their mobile cameras. The question is, can law-enforcement, legislatures, and electronics manufacturers, keep one step ahead of lewd intrusions? The answer is “probably not.” 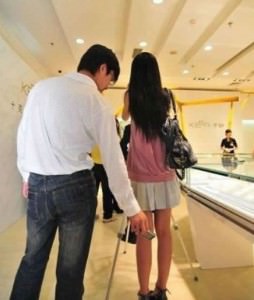 Voyeurism is alive and clicking. And in today’s age of ubiquitous smartphones, integrated with high resolution digital cameras, the naughty boys are becoming ever more brazen. Mobile cameras are often used to capture compromising photos of unsuspecting females. Shopping malls, airports and subways are favored stalking grounds of the relentless perva-a-razzi. Their ingenuity is never-ending. It seems every trick has been used … cellphone cameras strapped to shoes, hidden in gym-bags, and iPhones concealed in backpacks with little camera peep-holes.

No where has the mobile camera “pervography” problem received more publicity than in Japan. According to the National Police Agency, 1,741 cases of illicit photography were reported nationwide last year (2011), a 60% rise from 2006 data. 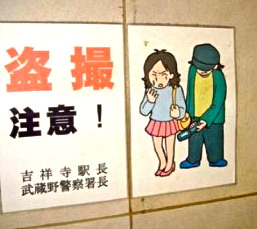 The problem is so acute that many subway stations in Japan now display warning signs alerting riders to be wary of smartphone toting men who carelessly (*ahem* intentionally) drop their camera-phones below skirts, or down blouses, where they shoot compromising close-up photos or videos of young victims.

While it may be popular to pick on brazen adolescent Japanese males (the posterboys of upskirting) the problem is by no means confined to the Land of the Rising Sun. Arrests have been made in dozens of countries for illicit “voyeurography.” There was even one arrest of a US Airways pilot who was caught using his cellphone to snap a photo under a teenager’s skirt at the Philadelphia International Airport. The pilot pleaded guilty to invasion of privacy. Sadly, there have been many others (mostly male, yet all ages, races and cultures) who’ve been caught in the act and managed to avoid consequences. 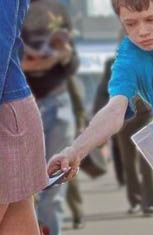 The rise of digital photography coupled with the phenomena of taking compromising candids, caught law enforcement agencies and many courts, off guard. Taking “peek-a-booty” candids in public, was perfectly legal in many countries, and before the explosion in Internet photo/video postings, the problem was hidden and the outrage was not so palpable.

There were in fact several early cases where voyeur photographers were let go without punishment due to legal technicalities. In 2000, a young Seattle woman and her boyfriend chased down and caught a man who was shooting video under her skirt at a festival event. The perv-a-razzi, Richard Sorrells, was arrested and convicted of voyeurism. But his conviction was overturned in 2002 by the State Supreme Court. The Court ruled that Sorrells’ actions while “disgusting and reprehensible,” were not against the law. At the time, Washington Sate’s voyeurism statutes did not protect people from being filmed in any manner when in a “public” place where there is “no reasonable expectation of privacy.” Yikes! Thankfully, Washington State’s laws were changed in 2003.

Over the last decade, like Washington State, many countries, states and jurisdictions, have updated their voyeurism laws and closed legal loop-holes. California now has one of the most rigorous privacy statutes, which covers “high tech” intrusions and forbids the attempt to capture and/or distribute compromising photos/videos made “in a manner that is offensive to a reasonable person” or taken “under and through the clothing” or with “a visual or auditory enhancing device.” 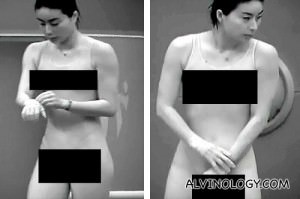 You might ask why the legal phrasing “though the clothing” was necessary? Well, the commercial availability of infrared “night vision” filters, along with some low-tech jerry rigging of high definition photo and video cameras, has enabled the capture of x-ray (Superman vision) images of fully clothed persons. Fabrics display quite differently under infrared. Some clothing is more opaque and yet other fabrics become virtually see-through under night vision lenses. This revelation led to shock and outrage by many who justifiably thought that they had properly covered up.

The infrared “see everything” photo/video concerns, has led to extra vigilance by parents, and most particularly when at the beach with their kids or when attending youth swim meets. It was discovered that tight fitting Lyrca swimsuits become fully transparent by way of infrared lenses. Camera makers reacted to the “thinly veiled” infrared criticism by modifying internal electronics to prevent their cameras from producing night-vision style voyeuristic viewing in bright sunlight conditions. However, these “counter-measures” can be overridden by determined pervographers who have a bit of tech savvy. For understandable reasons, we will not uncover these counter-counter-measures in this article.

Back to Japan … One of the counter-measures deployed by Apple was to maintain the iPhone camera’s audible shutter (clicking) noise, regardless of any iPhone setting selected by the user. For iPhones sold in Japan by Softbank and by KDDI, you cannot mute the shutter noise. This makes it slightly more difficult for voyeurs to discreetly take lewd photos. In theory, a victim could hear the shutter sound and call attention to the illicit activity, which might create embarrassment or worse for the “peek-a-booty” iPhoneographer.

Apart from stealth photography, there are some cultural reasons why a silent camera is desired in Japan. Many Japanese believe the shutter sound is an annoyance for people around them. This kind of nuisance to others is called はた迷惑. This concern is enhanced in quiet environments such as museums, art galleries, the ballet or classical music venues, etc. Yet cameras with audible shutter noises have been in use for decades in Japan, and authorities have determined that a moderately intrusive sound is a small price to pay versus the problems with surreptitious voyeurograhpy.

ProCamera app (3.5.1), of course, has been respectful of Apple’s rules, which in turn, are adhering with national “anti-voyeur” laws covering mobile phone cameras. In Japan the camera shutter must be audible or produce a somewhat comical “say cheese” (Chizu) sound. Consequently, ProCamera app will not mute the required shutter-click noise in countries where Apple so mandates … currently in Japan and South Korea. Moreover, while using ProCamera’s Volume Trigger makes it easy to snap photos without holding the iPhone in hand, it will not disable the shutter noise in Japan or Korea. 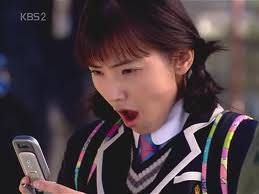 There have been a number of apps which turn down or completely mute the iPhone camera’s shutter sound, but most of these apps will not mute the sound when the camera is facing (looking) upwards. Hence, low angle (upskirt) shots will still generate an audible “full volume” shutter noise. But once again, there are new counter-counter-measures. Several new apps advertise the ability to disable the shutter noise regardless of the camera angle used. According to Daily Yomiuri Online:

A search for the Japanese words “muon” (silence)” and “kamera” (camera) on app sites for Apple Inc. and Google Inc. smartphones turned up about 200 apps.

How far will mobile phone OEMs and the State go to “counter” these counter-measure apps? As Daily Youiuri Online reports, there are limits to authority:

The (Japanese) Internal Affairs and Communications Ministry said it does not have the legal authority to regulate these apps or mobilize government offices to issue administrative guidance.

However, Keio University Prof. Keiji Takeda, an expert on information security, said some rules were needed for these apps.

“There are limits to legally regulating smartphones whose settings can easily be changed,” Takeda said. “However, from a corporate ethics viewpoint, we shouldn’t ignore the fact that they’re being misused for crimes. We need to consider guidelines for screening and putting apps on the market.”

Apps which mute the shutter sound, from all angles, are not available in Apple’s App Store in every country. Yet, the most determined perv-a-razzis will likely find a jail-breaking app work-around. 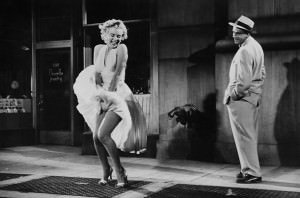 Mobile digital photography is here to stay, and unfortunately so too is bad-behavior of the adolescent-minded. Despite counter-measures, vigilance (i.e. awareness of one’s surroundings and persons therein) appears one of the most effective ways to avoid becoming a victim of the camera toting voyeurs. While we don’t advocate violence, a swift slap in the mug might also do some good.